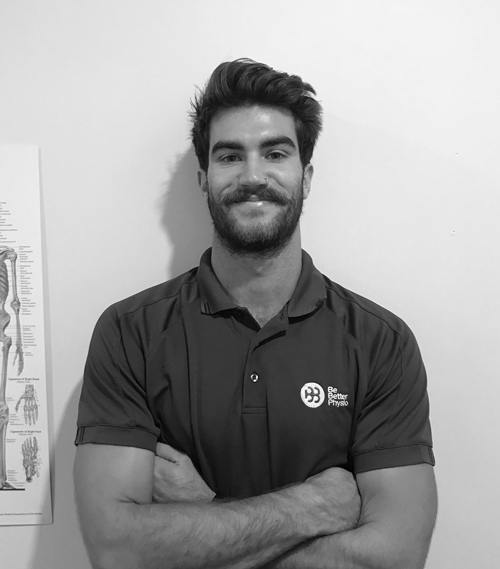 Harley achieved his Bachelor of Physiotherapy at The University of Sydney. He has been working in a rotation at St Vincent's Hospital, gaining him experience in orthopaedics, general rehabilitation and intensive care. Harley has worked as part of the Be Better Physio team since early 2018. He works as a physio for the Shore school in Sydney helping the development and injury prevention of the rugby players. Harley also worked in a physio practice in Japan for a snow season, working with a range of different equipment and along side other highly experienced physiotherapists.

Harley has an eager and passionate approach to the treatment of his patients. He achieves this in a unique way which helps improve his patients outcomes and overall recovery.

Harley has lived in the local community since a young age and has been involved in many different sporting codes. Playing rugby union in his younger years, representing Central Coast and Country NSW. Now moving into playing touch football for Canterbury Bankstown Bulldogs. He is a local surfer who enjoys ocean swimming and keeping fit. Along with this, Harley has an interest in snow sports and often travels to Japan to snowboard.

Harley has a very keen approach to treating a range of different patients with a variety of problems and looks forward to seeing you in the practice.